Shopify + Cloudflare: Powering 1,000,000 Storefronts on the Biggest Shopping Weekend of the Year

For over one million businesses around the world, Shopify is the beating heart that drives their online retail storefronts. Powering everything from the consumer-facing shopping experience to backend logistics, Shopify’s platform facilitated over $183 billion in economic activity in 2016-18 alone, according to its recent Global Economic Impact report. If you do any shopping online, there’s a good chance you’ve transacted with a store on Shopify, which is why the Canadian-headquartered company is worth over $40 billion.

Shopify’s success is all the more impressive given the ferocious competition of online retail, where a subpar shopping experience translates directly into lost revenue and erosion of consumer confidence; this is even more of a problem when customers are just a tap away from a competitor’s store.

That’s why Shopify is relentlessly focused on ensuring that its platform provides best-in-class performance, security, and reliability for its one million merchants. And because these stores operate from 175 countries globally — many of which sell to customers internationally — Shopify needs a robust solution that works worldwide.

Black Friday is one of the most important days for our merchants every year, and 2019 was the biggest of them all, with consumers around the world shopping more than ever. With the support of Cloudflare, we were able to handle the demand during this shopping season and deliver lightning-fast responses to shoppers globally.

With Cloudflare Load Balancing, Shopify has granular control over how its traffic is distributed between its origin servers. 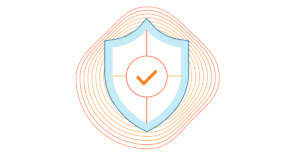 Teams from Cloudflare and Shopify worked in close coordination to ensure that the migration proceeded smoothly, onboarding over one million domains and security certificates.

Shopify’s engineering-driven culture has no shortage of performance and security whizzes who optimize every network packet they can, but sometimes it doesn’t make sense to do everything in-house. Rather than build out its own globally-distributed network footprint — which would necessitate large investments in infrastructure, expertise, and time — Shopify opted to join Cloudflare’s global network, spanning 200 cities around the world.

That move translates to a major performance advantage: today, 99% of the Internet-connected population in the developed world are within 100 milliseconds of Cloudflare’s network (a fraction of the blink of an eye). By extending its edge across Cloudflare’s global footprint, Shopify empowers its merchants with a faster experience for their customers — driving increased sales across the platform.

With Cloudflare Load Balancing, Shopify has granular control over how its traffic is distributed between its origin servers, with the added performance and accuracy benefits of making these decisions at the network edge.

Part of Shopify’s core value proposition is its ease of use, so it is important to enable these benefits without imposing a burden on merchants. By using Cloudflare to broadcast its IP block, Shopify delivers faster, more reliable performance without needing merchants to modify their DNS settings.

Shopify’s migration to Cloudflare was no small feat: the process had to be seamless, without any interruption to the 1,000,0000+ businesses on its platform (some with unique configuration challenges). Teams from Cloudflare and Shopify worked in close coordination to ensure that the migration proceeded smoothly, onboarding over one million domains and security certificates, with safeguards in place to ensure any changes could be quickly reverted. In the end, the migration was a complete success.

Shopify’s platform manages a huge volume of traffic and sales every day. But these daily demands are dwarfed every November, as consumers flock to grab the hottest deals during the blockbuster weekend spanning Black Friday through Cyber Monday. In 2019, Shopify saw aggregate sales revenue across its merchants surge by over 60%, from $1.8+ billion in 2018 to an even-more staggering $2.9+ billion in 2019. Over 25.5 million customers made purchases across Shopify’s platform, with peak sales traffic of $1.5 million per minute — nearly double the $870K- peak sales per-minute seen last year.

Even more impressive is the increasingly global, on-the-go distribution of these customers. Black Friday has evolved into a global tradition: 19% of all purchases made across Shopify’s storefronts were shipped across international borders. And 69% of sales over the weekend were made on phones or tablets, which often operate under suboptimal network conditions — underscoring the importance of Shopify’s global presence and performance at the network edge, powered by Cloudflare.